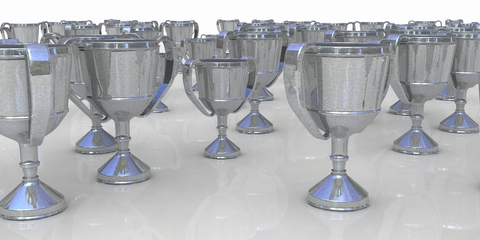 Slow down.  Take a moment.  Close your eyes for ten seconds.  Breathe.  Remember?

Yeah, I live for this.  I was in 28 leagues last year.  I was in “only” 24 leagues this year because my wife dragged me away for a week to be with the in-laws during the last week of August.  Let’s just say, I’ve made it clear that such a “distraction” from my life’s work won’t happen again.  And oh yeah, I do watch every snap of every pre-season game.

I participate mostly in 10-team leagues, where 4 teams make the playoffs, no PPR, no IDP.

I don’t know if that sounds impressive or not, but let me show you what the percentages tell me:

See, I’ve been playing fantasy football since 1987, and since then, have been developing my methods of draft strategies and weekly starting lineup projects.  I call my draft method, the “Fantasy Football Draft Matrix.”  I call my projections… “projections.”  My accuracy routinely outpaces my competition at Yahoo.com, NFL.com, and ESPN.com.

Here’s a few interesting notes that I think really illustrate the success of my drafting and projection methods, and why you should check out Fantasy Football Draft Matrix for a product offers a double-your-money back guarantee if you don’t make the playoffs in your first year using my techniques.  Try requesting a refund from pharmacy where you bought your fantasy football magazines last year because you didn’t make the playoffs.  Let me know how that goes.

Here’s where I’m going with this.  All these elite fantasy studs… I hardly had any of them on my teams.

Now, I definitely picked up a few of these guys through free agency, and I even pulled off a trade for Calvin Johnson (I gave up Reggie Bush).  But it wasn’t like I was routinely drafting teams loaded with top three players at each position.  However, in fantasy football, sometimes it’s more about who you DON’T draft.  My lineups are typically solid from top to bottom, where consistency and production are equally valued, and measures are taken to prepare for a first round bust.

I’m not going to give away all my secrets here.  For that, you’ll have to check out the Fantasy Football Draft Matrix.  But here’s a few more facts and figures that will illustrate the consistency with which my fantasy teams dominate the competition:

Lots of numbers to digest, and certainly a lot of things to consider when you begin your prep for next year’s draft.  Check out Fantasy Football Draft Matrix.  In the meantime, if you enjoyed this blog during the fantasy season, like us on Facebook, follow us on Twitter, buy the book.

In my next post, I’ll mathematically prove how my preseason draft projections and weekly projects were more accurate that numbers put forth by Yahoo.com, NFL.com, and ESPN.com

Order Fantasy Football Playoffs Guaranteed today.  It comes with a DOUBLE your money back guarantee… if you buy the book or dvd, use the fantasy football draft matrix to draft your team, and use the projections found on this site to set your lineups every week, I guarantee you will make the playoffs, or DOUBLE your money back! – Steve Broadway, Author Fantasy Football Playoffs Guaranteed