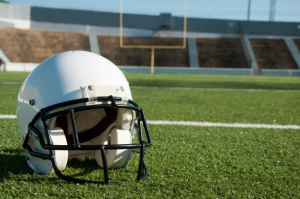 Waiting until the last round is practically one of the ten commandments of conventional fantasy football. I’ve watched television fantasy football experts and actors in commercials mock people for not waiting until the end to take a lowly kicker. The thought behind this strategy is that there really are no exceptional kickers and selecting one over the other has no significant impact on your season.

Now, I’m pretty good at fantasy football. In 2012, my teams scored 7 more points-per-game than my opponents. In 2013, I scored 11 more ppg. Last year I scored 12 more ppg than all the other teams in my 24 leagues. Therefore, I’m not in that many close games. But still… I had 24 teams in 2014. All told, I had 31 games that were decided by 3 points or less. That means that my teams, strong as they were, had a 129% of having a game decided by 3 points or less. Put another way, all of my 24 teams were likely to have one or more games decided by 3 points or less. Now, think about the team that got that 4 place finish; that just barely made it into the playoffs. Think about the poor soul who finished 5th, and missed the playoffs by one loss. Worst of all, think of all the pathic fools who had to settle for a tie, because ESPN doesn’t offer fractional points. Three points can get you into the playoffs, or it can keep you out.

This is why you need an elite kicker. Identify a top three kicker, look at their ADP and get them while you can. Some experts don’t see it this way, but the Fantasy Football Draft Matrix will teach you that you are only as good as your starting lineup. That includes your kicker. If you want useless bench points, then go ahead and wait on a kicker.

For more information and to access the most accurate projections in all of fantasy football, visit fantasyfootballplayoffsguaranteed.com